If one has to unwind and relax, the soothing and cool Inambakan waterfalls is a haven. situated in Barangay Calabawan, Ginatilan. 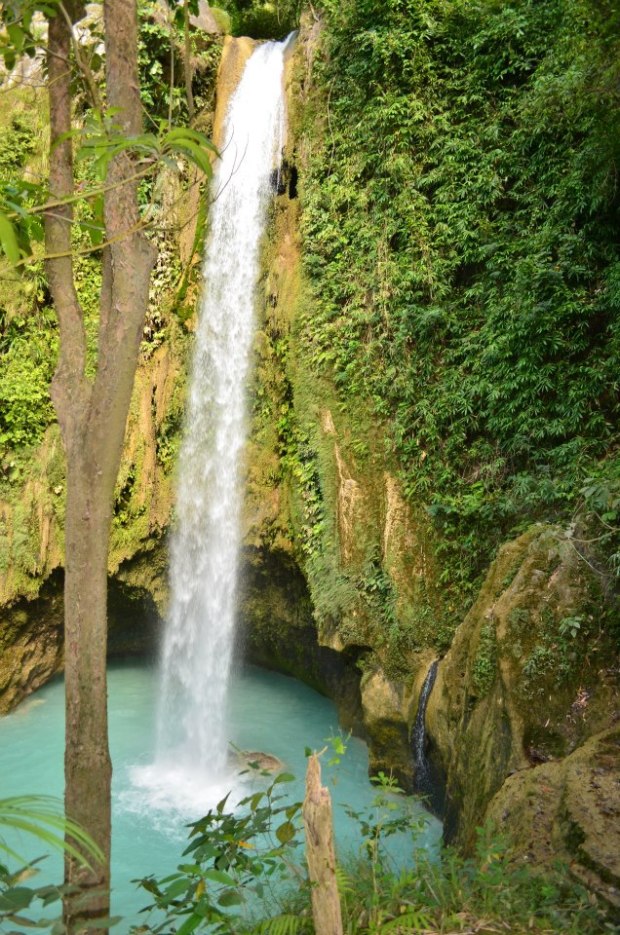 the waterfalls is said to be 30 meters high 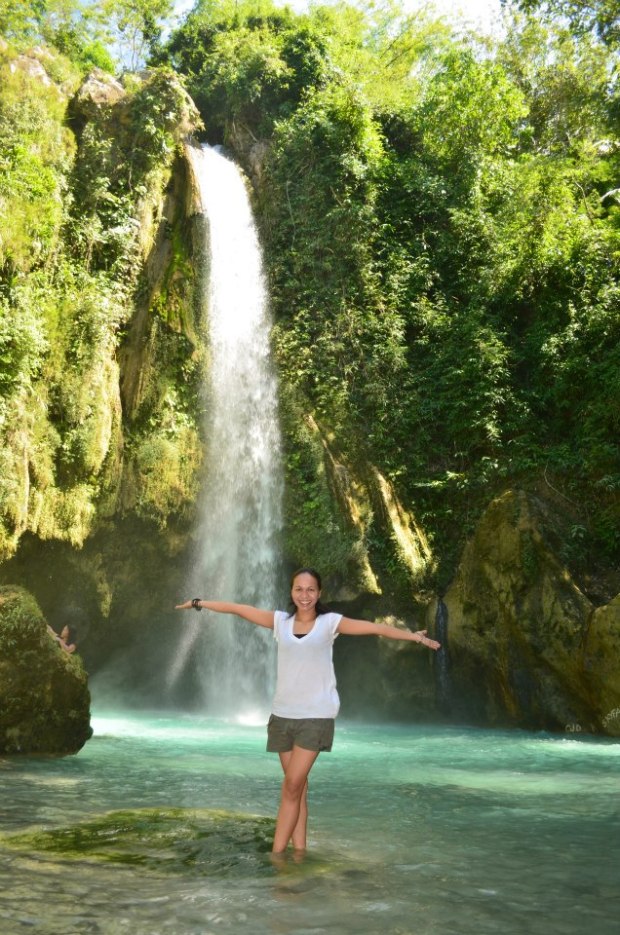 indeed a great spot everyone should not missed when touring Cebu. 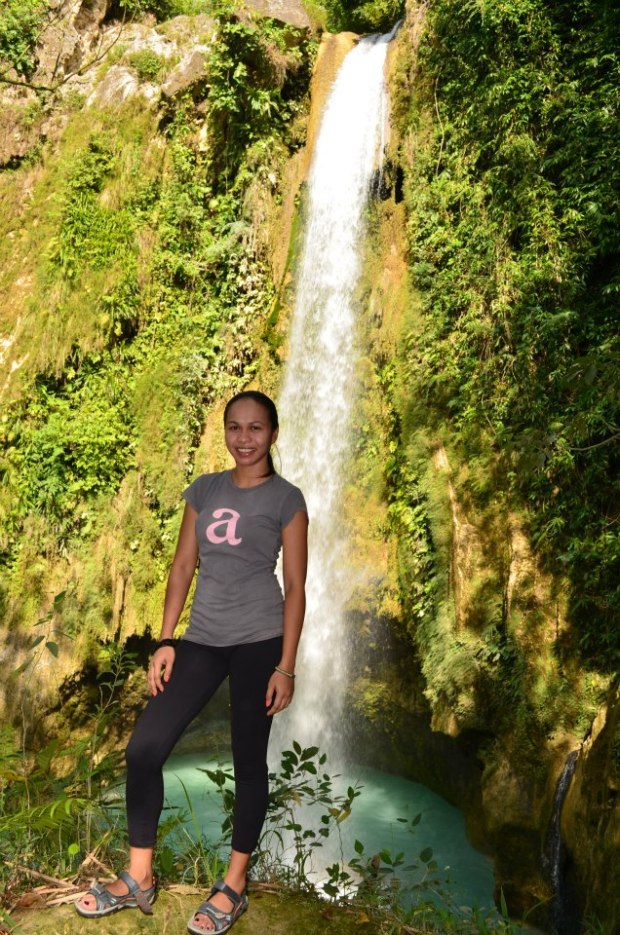 How to get there??

* from South bus Terminal you have to ride a bus going to the town of Ginatilan.

*Travel time can take 3-4 hours, depending on the traffic!

* Don’t forget to inform the driver to drop you off at Barangay Calabawan, its impossible for you get get lost coz there’s a signage “Inambakan Falls”

*Once you arrive, look for a motorcycle (habal2x) that agrees in taking you there for a fair price.

The falls is located 3.9 kilometers from the town center.

*Once the motorcycle eventually stop at a certain drop-off. You will need to trek to the falls for about  five minutes. :-)) 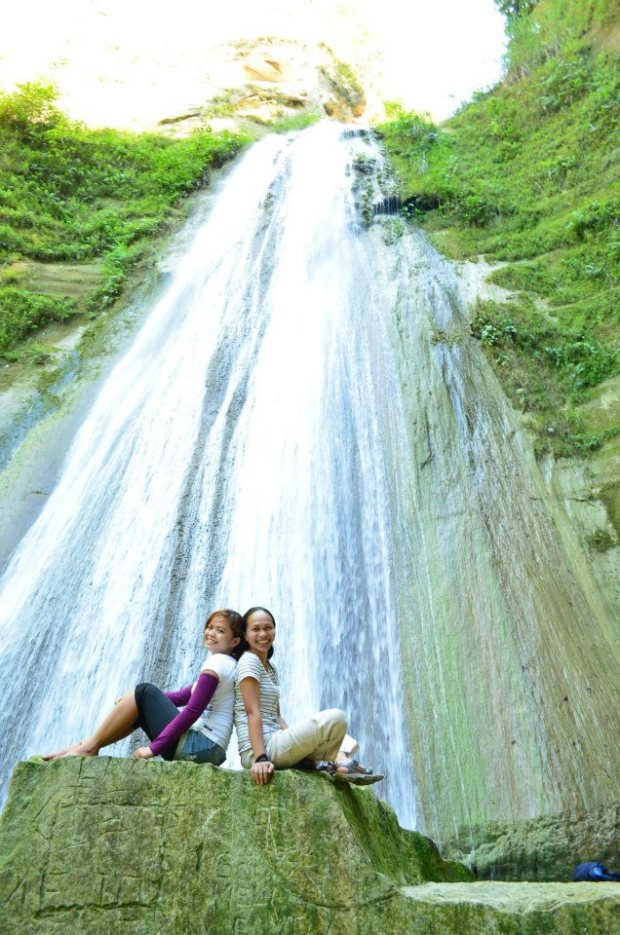 Samboan is a 5th class municipality in the province of Cebu, Philippines. The name Samboan is an abbreviation of the word “Sinamboang” which is a means of fishing commonly used by local fishermen in the village.

Samboan is a small town on a hill. But it used to be very much bigger, with Oslob and Alegria under its territorial jurisdiction. In fact, people of Alegria were made to render forced labor for the construction of the Samboan church. It was only some time during the middle of the 1880s that those two towns were separated from Samboan (the towns of Ginatilan and Malabuyoc, which now lie in between, were created after the separation). 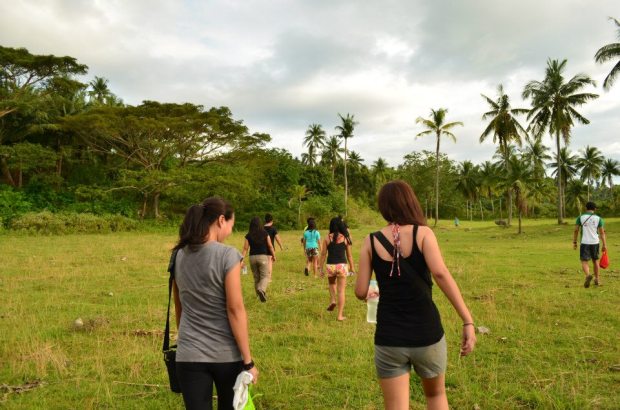 Only one of our friends know how to get to “Binalayan Falls”. He told us that it will took us approximately 5 mins walk!!

that 5 mins walk took us for about 30 or almost an hour walk.!!.hahaha..  and we keep on asking him how far?? he just answered us that we’re almost there.. but it’s worth it when you get there!! 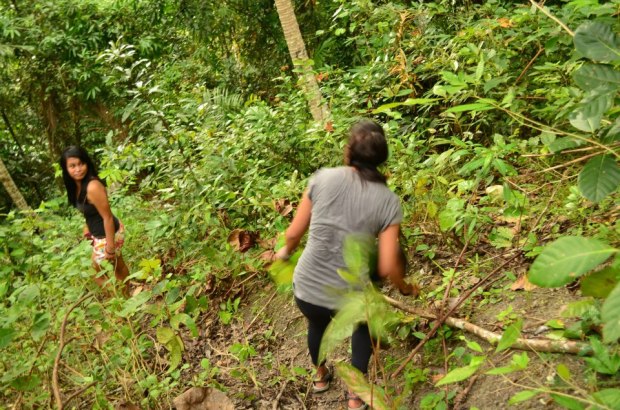 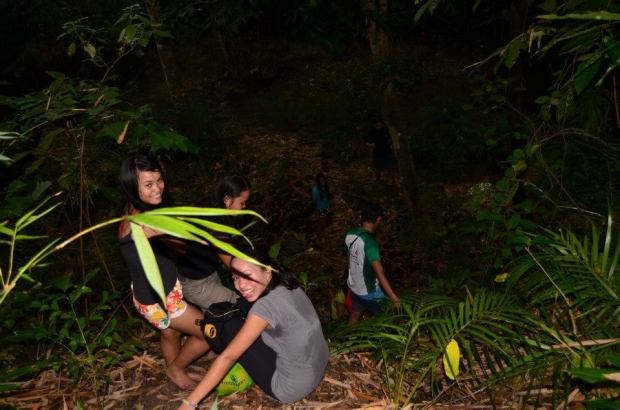 truly a “Hidden Falls” as Locals named it. 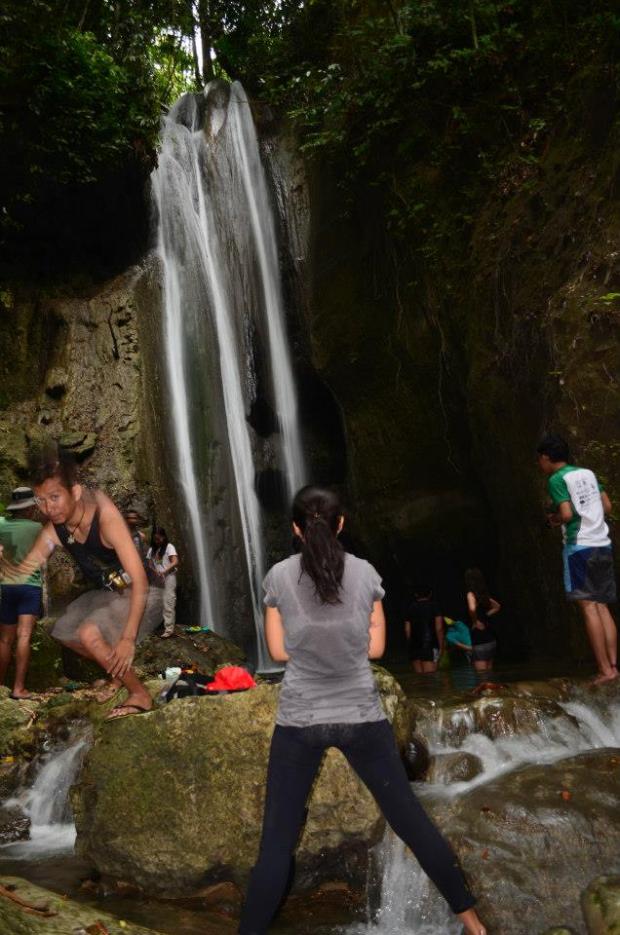 after the adventurous walk we had. Magnificent!!!

how to get there??

* as you reach barangay Bonbon,Samboan you better ask some locals to guide you going to binalayan falls or hidden falls which most of them called it. I believe that there are 2 ways in getting there and it depends on your tour guide.

I think you will agree that I unearthed a lot of gems while traipsing in and out of the many fast food outlets scattered across the Little Red Dot! 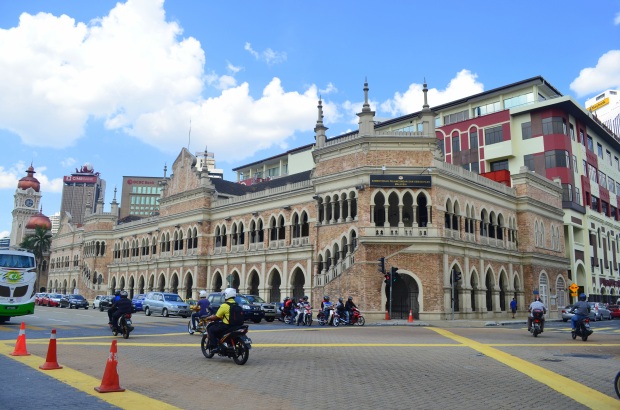 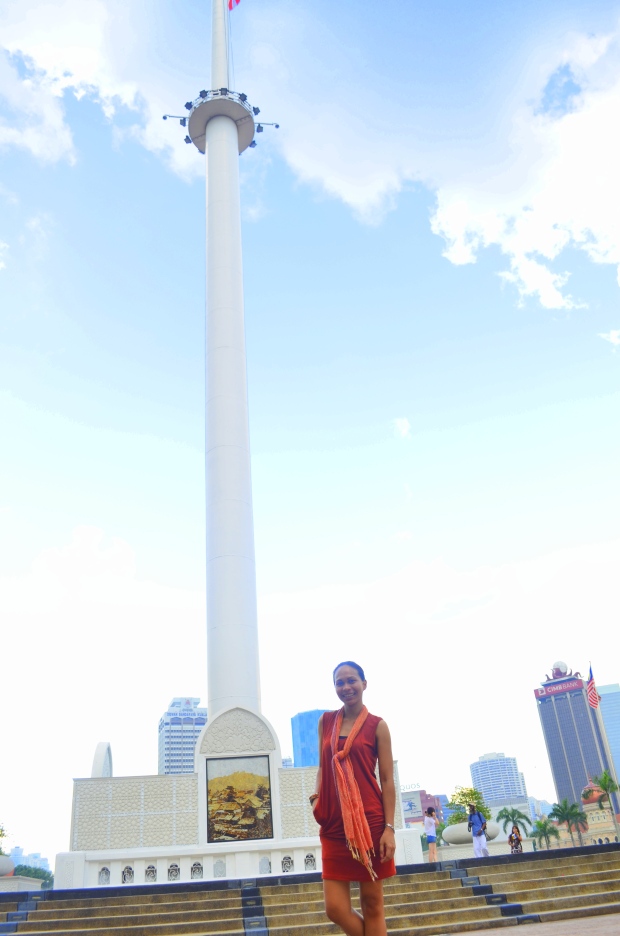 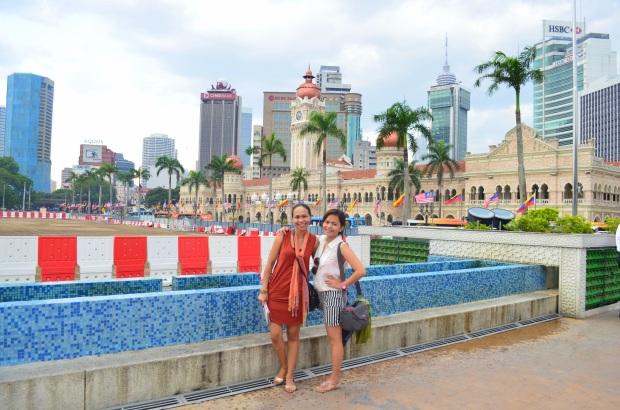 Menara KL or KL Tower, with a height of 421m, is the 7th tallest tower in the world. As it is built on hill, the observation decks offers higher ground than the Twin Towers and the best views in town.

Kuala Lumpur, Malaysia can be an expensive city to visit if you’re not careful (the wares in Bukit Bintang’s malls are some of the priciest you’ll find in the region) but there’s also plenty of free stuff for travelers in the know.

The GO KL buses were intended to decongest central Kuala Lumpur by decreasing the use of cars in the business district. Whether that worked is debatable, but the savings are pretty tangible – you can hitch a free ride from the Pavilion Mall in Bukit Bintang to get to Pasar Seni, or vice versa. To find out about the free GO KL bus, its routes and its pros/cons, visit this page: Kuala Lumpur’s Free Go KL City Bus. 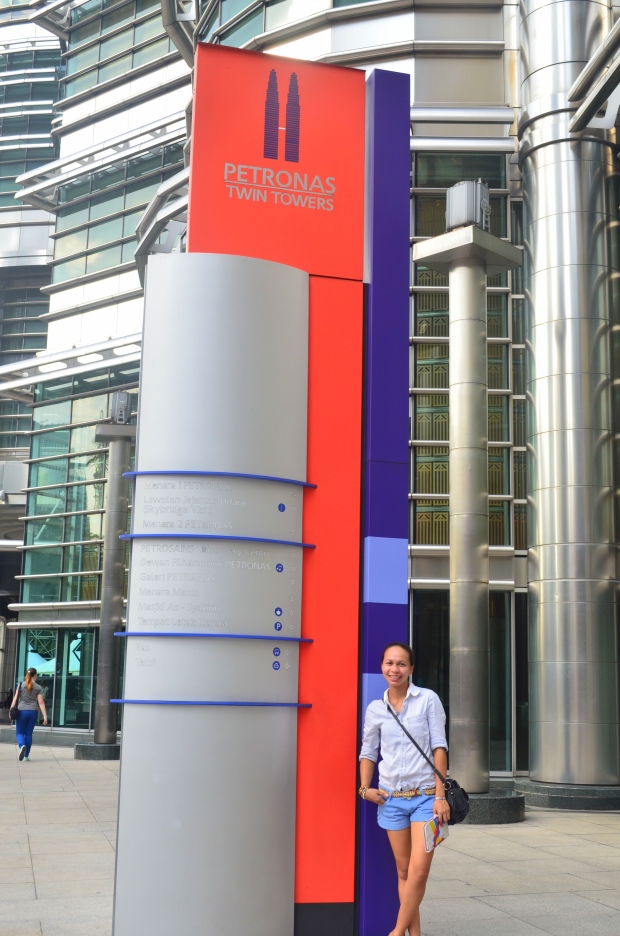 The Petronas Towers  also known as the Petronas Twin Towers are twin skyscrapers in Kuala Lumpur, Malaysia. According to the Council on Tall Buildings and Urban Habitat official definition and ranking, they were the tallest buildings in the world from 1998 to 2004. The buildings are a landmark of Kuala Lumpur, along with nearby Kuala Lumpur Tower.

Petronas Twin Tower is located at Jalan Ampang Kuala Lumpur, Malaysia… lucky us coz we stayed at Bukit Bintang which is 15 mins walk from the area..there is also GOKL bus which is free for tourist and even locals.

Petronas Twin Towers is the best place to visit when you’re in KL . For those who is a shopping maniac you should visit this place as it has one of the best shopping galore in asia . KLCC is the heaven for those who like to buy expensive and branded things . 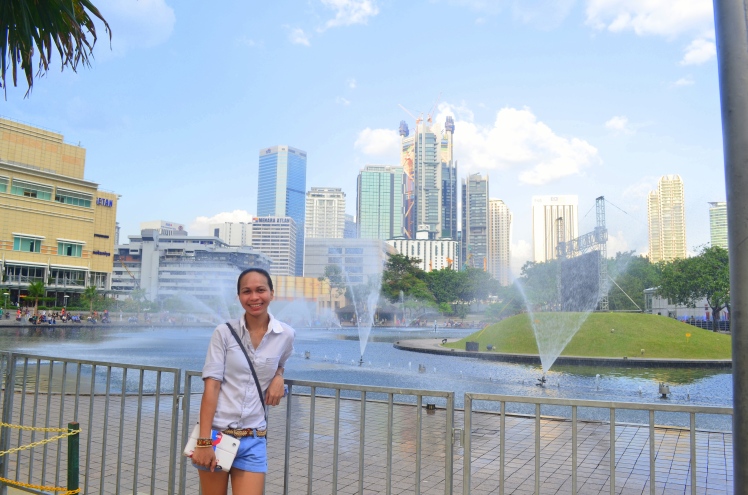 a great, awesome and gigantic looking structure a MUST visit for everyone coming to KL. 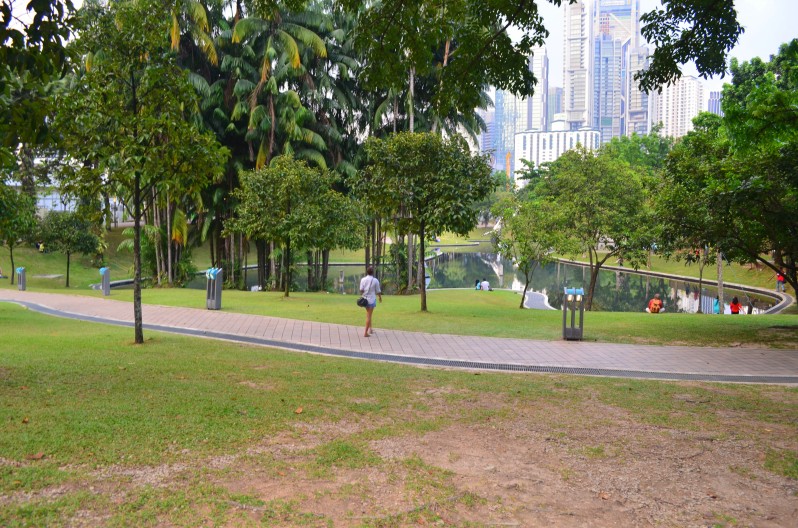 KLCC PARK – Spanning 17 acres  below the building is the KLCC park with jogging and walking paths, a fountain with incorporated light show, wading pools, and a children’s playground.

i only got one word to say HUGE!! the Architectural design is just brilliant, its shows the rest of the world what Malaysia is capable of doing.. At night they are in all of their glory with the lights

Batu Cave is a limestone hill that has a series of caves and cave temples in the Gombak district, 13 kilometres (8 mi) north of Kuala Lumpur, Malaysia. It takes its name from the Sungai Batu or Batu River, which flows past the hill. Batu Caves is also the name of the nearby village. 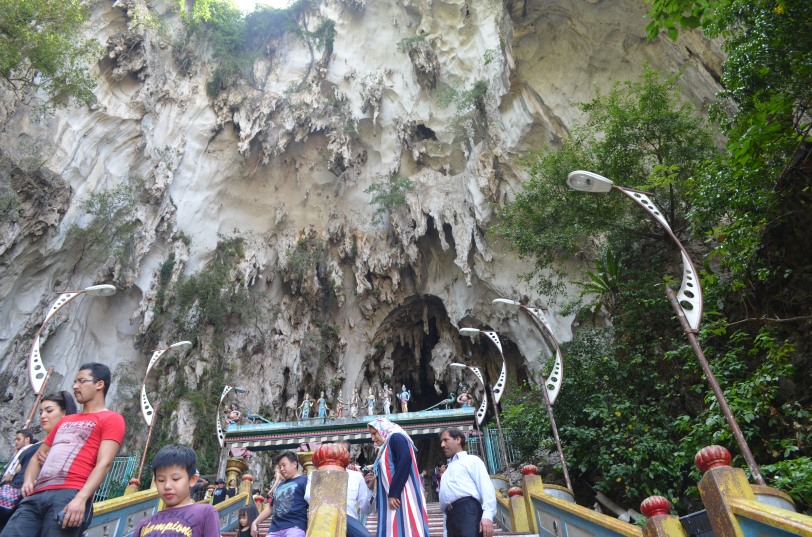 As you make your way up the steps, you will undoubtedly be entertained by a tribe of monkeys that feed off the steady stream of tourists. You may take pictures, but pay attention to your belongings! 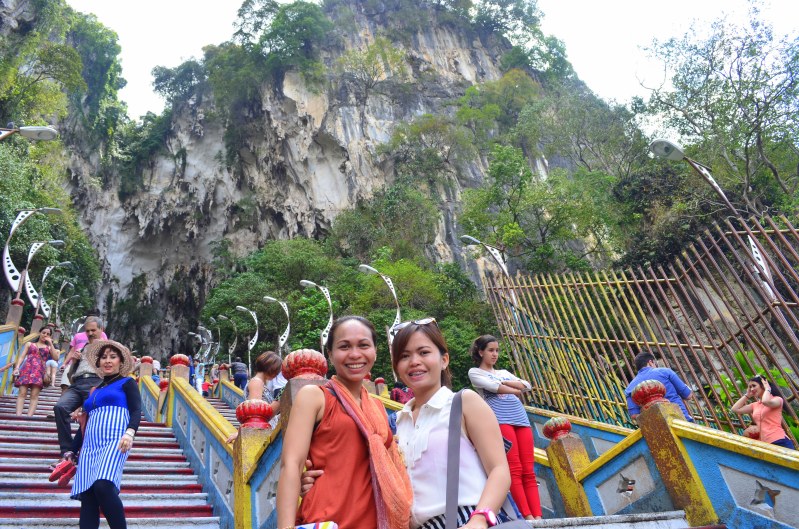 view from the top of the cave

picture taking with the locals 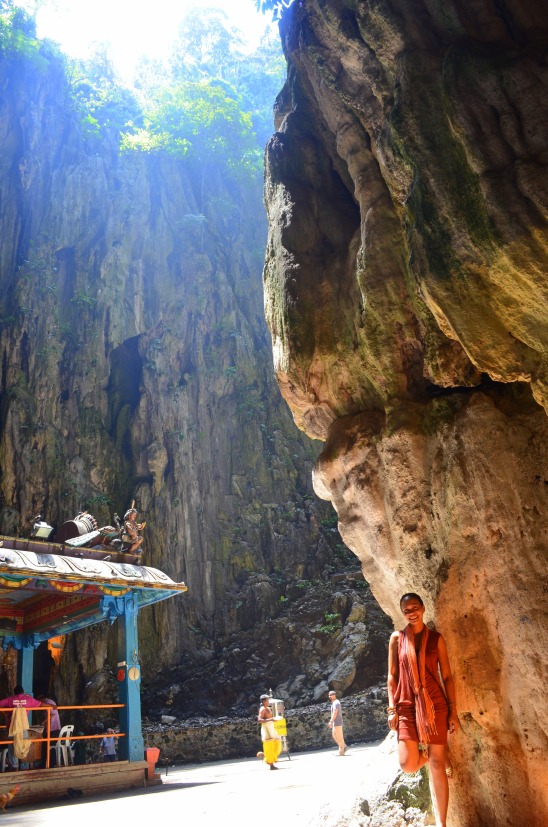 272 Steps going to the Temple Cave 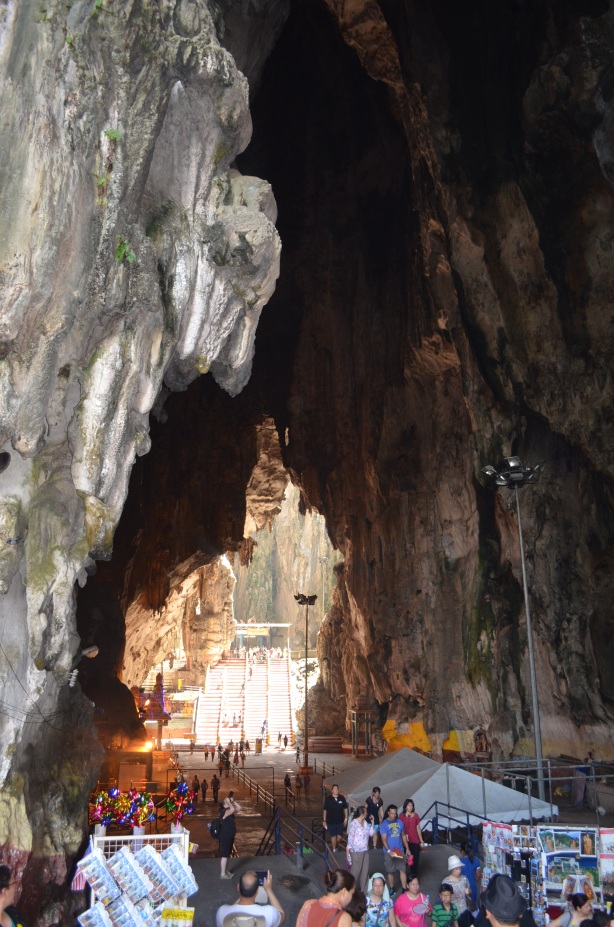 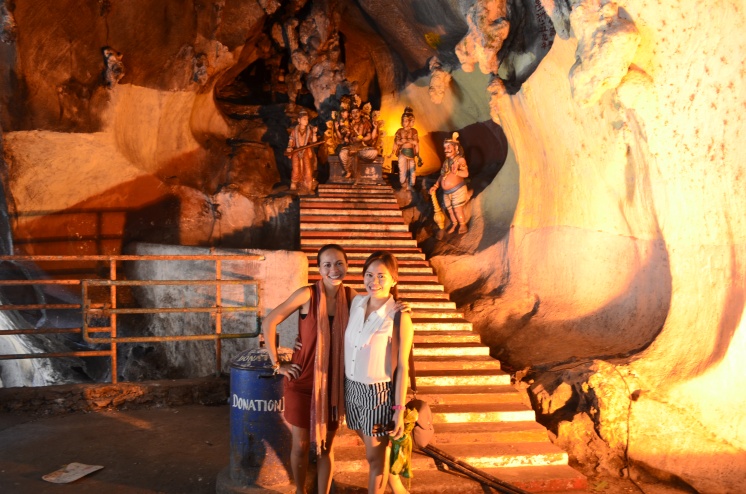 Standing at  140 ft  high, the world’s tallest statue of Murugan, a Hindu deity, is located outside Batu Caves, near the city of Kuala Lumpur, Malaysia.

Batu Caves is easily reached by Komuter train using the Batu Caves-Port Klang Route, costing RM 2 for a one-way journey from KL Sentral. Batu Caves may also be reached by bus 11/11d from Bangkok Bank Terminus (Near to Puduraya Terminus) or bus U6 from Titiwangsa.

Your current travel options include the following:

Bus: Riding a bus to the Batu Caves in city traffic can take around 45 minutes. You are better off taking a train to the north and then transferring to bus or taxi for the remainder of the trip.

Alternatively, you can take bus #11 from the busy Bangkok Bank bus terminal on Jalan H.S. Lee near Chinatown all the way to the caves.

Taxi: A taxi from the Golden Triangle in Kuala Lumpur will cost you around RM 25. Arrange to have your driver pick you up later, or take the train back after you are finished exploring the caves.

Some things to Know Before Visiting the Batu Caves 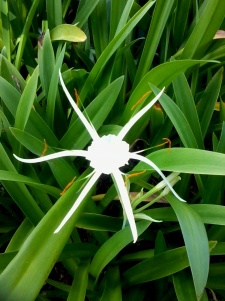